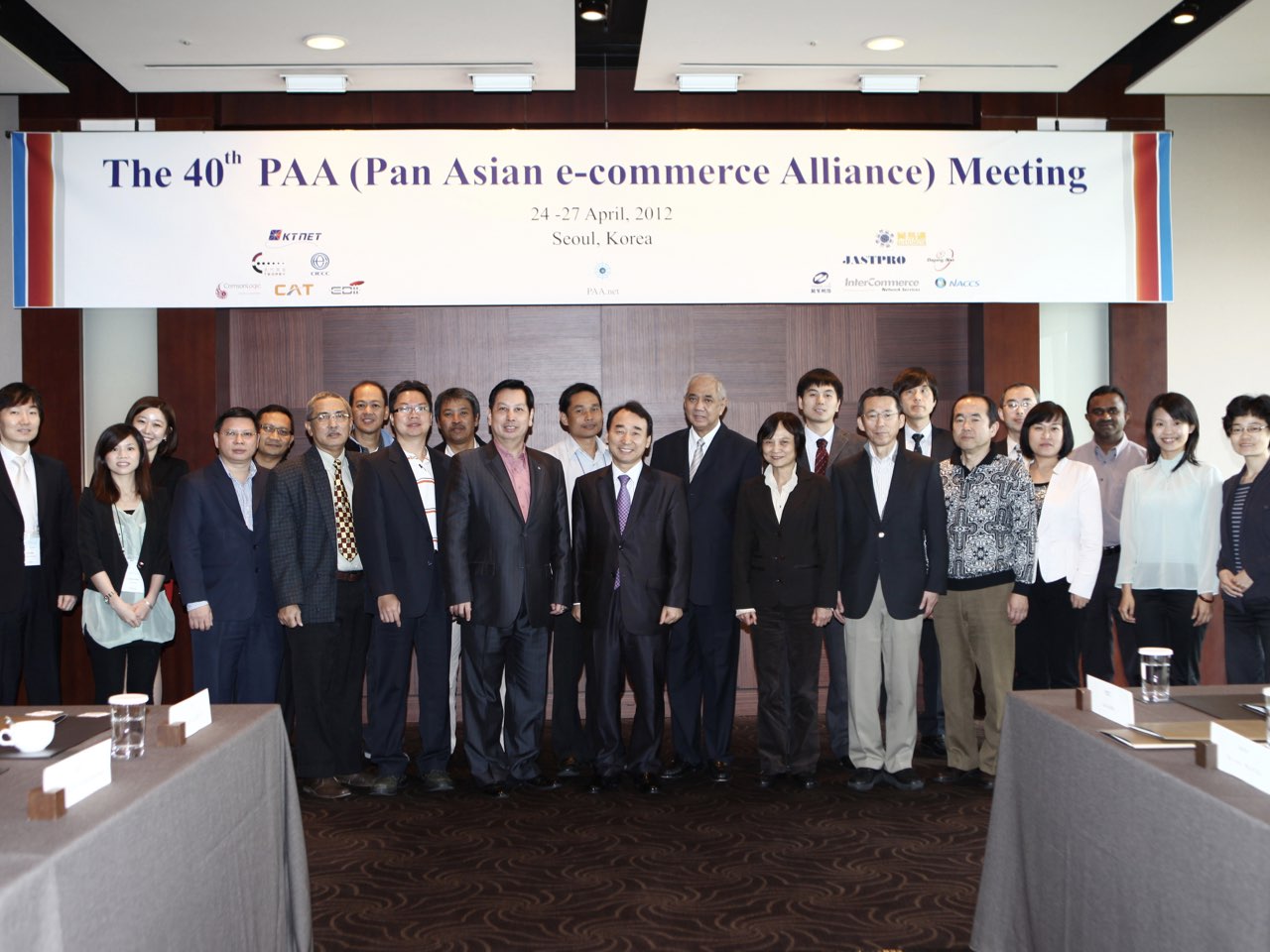 PAA Chairman, Dr. Michael Choi said that “over the years, with all the hard works and contributions from all the members, PAA has established one of the most comprehensive and robust electronic infrastructure and legal framework to facilitate cross border trade. These achievements have gained recognition worldwide.”

He also stated that: “PAA is now ready for its next stage of development. During this 40th PAA meeting, members have identified a number of exciting initiatives to further foster the growth of PAA. These include closer collaboration with ASEAN in the areas of inter-connectivity with ASEAN Single Window as well as electronic Certificate of Origin and eSelf Certification. We are all looking forward to witness these initiatives turning into reality.”

Dr. Jin-Hyun HAN, the Guest of Honour, Deputy Minister for Trade & Investment Policy from Ministry of Knowledge Economy, Republic of Korea, shared with the audience the importance of global trade for economic growth. This was particularly the case with reference to the growth in trade among the PAA economies in recent recovery of the world economy.

“For stable and sustainable growth of world economy, active promotion of international trade is absolutely necessary, and I believe that the promotion of paperless trade is one of the most important key components of trade facilitation.” Dr. Han said.

Dr. Han further stated that “to promote the paperless trade in trade business, national infrastructure alone is not enough. Development of the cross-border Pan Asian paperless network will help promote knowledge exchange among the nations, enabling trade improvement of the entire Asian region.”

In his welcome speech, Dr. Soo Young YUN, CEO of KTNET greeted the participants for visiting Korea. He also expressed his gratitude towards the achievements PAA had made over the years and all the efforts PAA members had put in throughout this meeting.

The 41st PAA Steering Committee Meeting will be held in Yogyakarta, Indonesia on 6th to 7th September 2012.