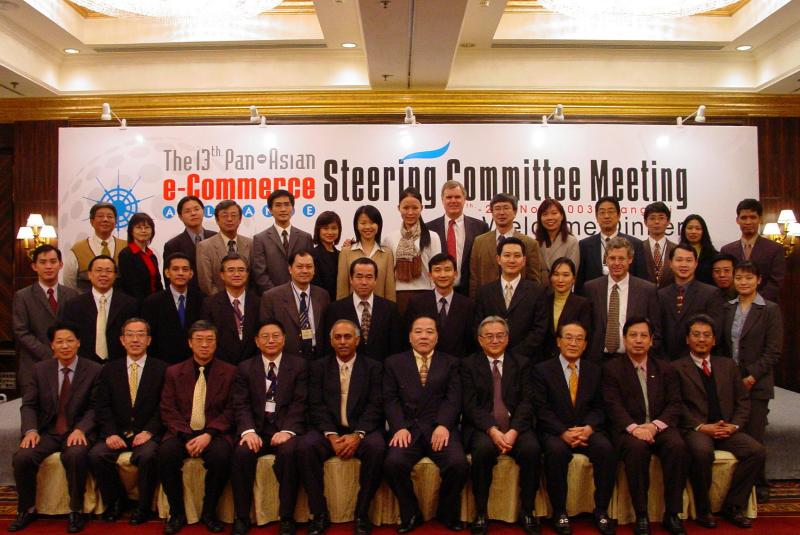 At the 13th PAA Steering Committee meeting hosted by China International Electronic Commerce Center (CIECC) in Shanghai from 20th to 21st November 2003, members were joined by representatives from the Communications Authority of Thailand and EDI Indonesia who attended the meeting as observers.  The Asia PKI Forum also met with the Working Committee of the PAA to foster a closer alignment of the complementary initiatives of both organisations.

Mr. Liu Jun Sheng, Director, CIECC, Ministry of Commerce, PRC, representing Vice Minister, Ms Liao Xiao Qi, said that MOFCOM is extremely supportive of the PAA Initiatives.  He expressed great pride in CIECC being part of the alliance which has made electronic cross-border transaction practicable and a reality.  He pledged continued support from MOFCOM for the promotion of electronic commerce and trade such as that of PAA.

Mr Mathivanan, Chairman of the PAA and CEO of CrimsonLogic said, “We are pleased to report further expansion of the PAA user base with Doosan of Korea and its group of overseas suppliers in Chinese Taipei and China participating in the PAA Service.

“As with the current PAA cross-border electronic trade chains now in operation in the 8 economies, Doosan and its suppliers will also gain from efficiencies and cost savings of 20 % or more by using the secure PAA infrastructure that links them with their major trading partners.”

Other initiatives discussed by the Steering Committee include:

Mr. Mathivanan handed over his chairmanship to Dr. Chen Jenn-Nan, CEO of Trade-Van, who was unanimously elected by the Steering Committee for the coming term.

The 14th Steering Committee Meeting will be held in Seoul on 12th and 13th February of 2004.