Dato’ Seri Rafidah Aziz, the Minister of International Trade and Industry, Malaysia, fully supports the work of the PAA 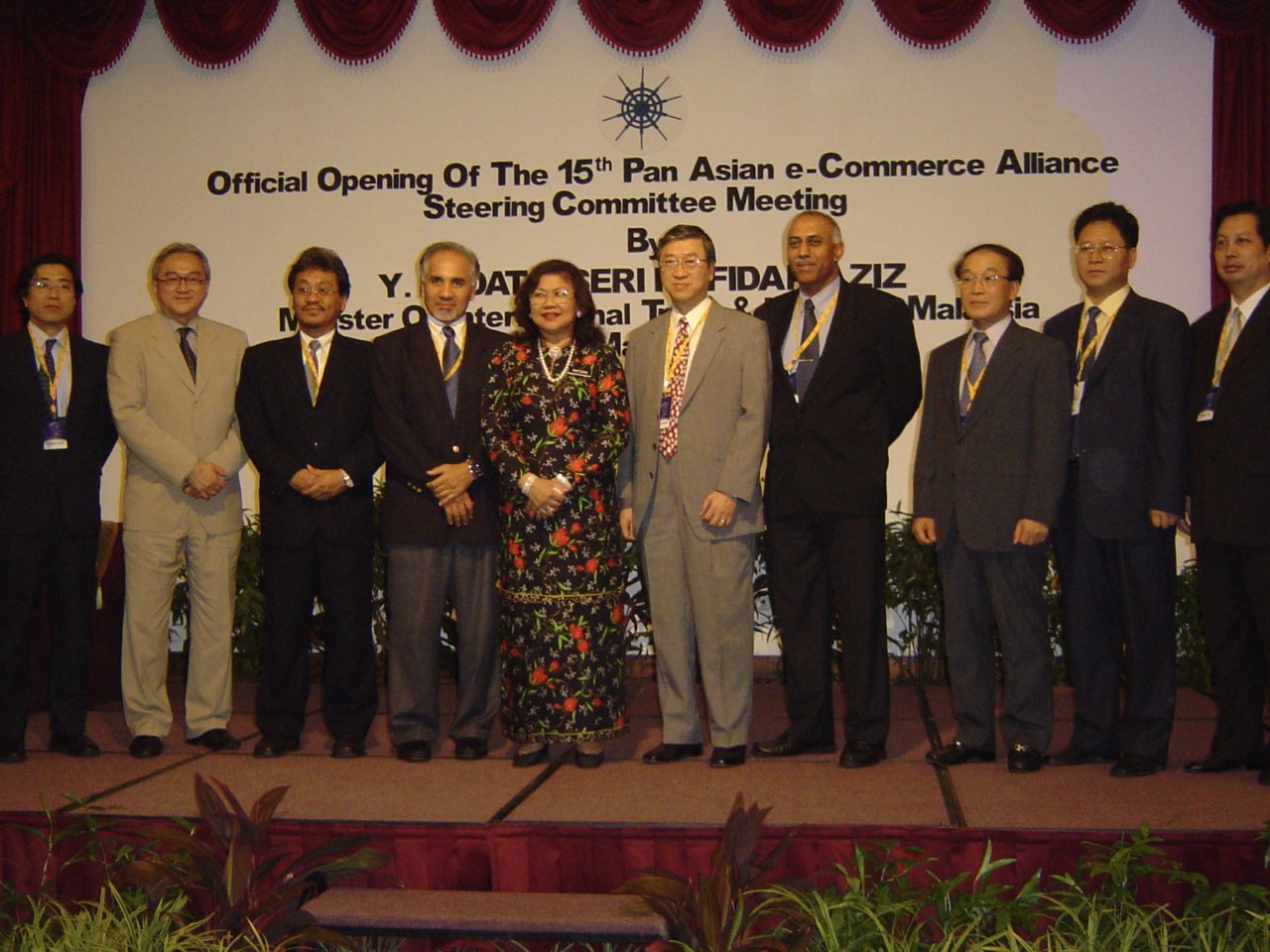 21 May 2004, Langkawi, Malaysia - The Pan-Asian E-Commerce Alliance, known as PAA, met for the 15th time, in Langkawi, Malaysia from 17th May to 21st May 2004. Established in July 2000, it is the first regional e-Commerce alliance in Asia that promotes and provides secure and reliable IT infrastructure to facilitate efficient global trade and logistics. Current PAA Members comprise Tradelink of Hong Kong, Trade-Van of Chinese Taipei, CrimsonLogic of Singapore, KTNET of Korea, CIECC of China, TEDI Club of Japan, Dagang Net of Malaysia and TEDMEV of Macau. CAT Telecom Public Co. Ltd. from Thailand participated in the meeting as an observer.

Dato’ Seri Rafidah Aziz, the Minister of International Trade and Industry Malaysia officiated the opening of the meeting. Dato’ Seri Rafidah made it very clear the Malaysian Government  fully recognized PAA effort and the value it brought to the promotion of cross border electronic trade. At the same time, Dato’ Seri Rafidah encouraged PAA to expand the scope to cover all ASEAN members and other parts of the world.

The PAA working group reported further progress in various projects, and highlighted the achievements in secure cross border electronic transaction services. As examples, transactions between Hyundai Motor of Korea and Metal One of Japan were carried out successfully, and new hubs were recruited for inclusion in these services.

On becoming an associate member of AFACT, the Asia Pacific chapter of the UN/CEFACT, which is the UN/EDIFACT standard setting body, Dr. Chen Jenn-Nan, Chairman of the PAA and CEO of Trade-Van said, “This is a significant recognition of PAA’s contribution in promoting and facilitating the cross border services in the Asian region.” He further added that, “I would like to stress that the success of the PAA services would not have been possible without the full cooperation and support of all the members.” Commercial transactions of the PAA services have been ongoing since July, 2003.

Dr. Chen has also been invited to address the 1st APEC e-Commerce Business Alliance Forum to be held in Yantai, China from 15th-16th June, 2004 to share the value of PAA services in APEC initiatives.

For financial fulfillment and settlement services, both Bolero and TradeCard have approached PAA with proposals for collaboration.

The 16th Steering Committee Meeting is scheduled to be held in Macau in August 2004.