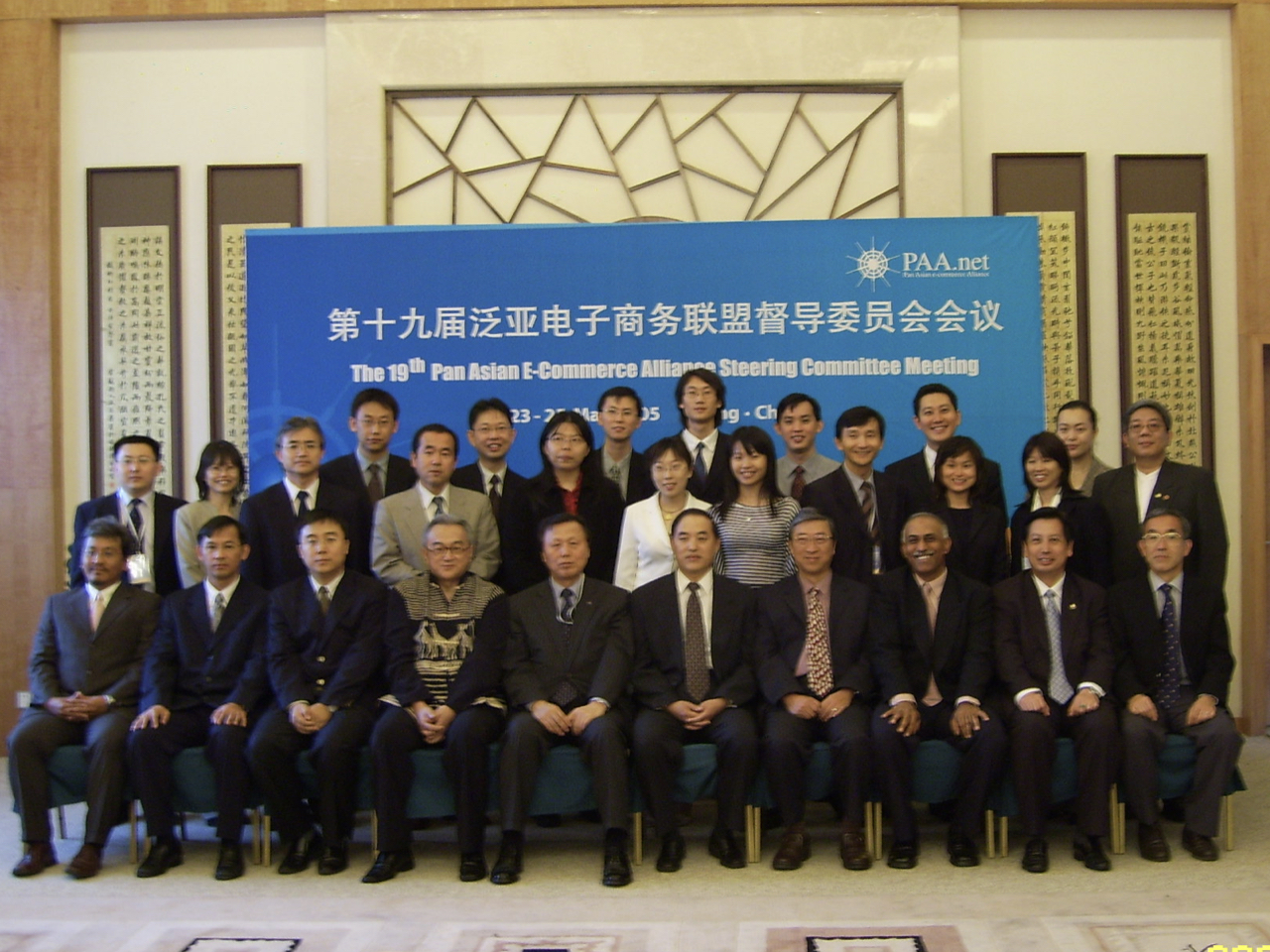 25th May 2005, Lijiang - The Pan-Asian E-Commerce Alliance (PAA) held its 19th Steering Committee meeting in Lijiang, China from 24th May to 25th May 2005. Established in July 2000, the PAA is the first regional e-Commerce alliance in Asia that provides secure and reliable IT infrastructure to promote efficient global trade and logistics. Current PAA Members comprise Tradelink of Hong Kong, Trade-Van of Chinese Taipei, CrimsonLogic of Singapore, KTNET of Korea, CIECC of China, TEDI Club of Japan, Dagang Net of Malaysia, TEDMEV of Macau and CAT Telecom Public Co. Ltd of Thailand.

Mr. Ryu Chang Moo, Chairman of the PAA and CEO of KTNET reported with great pride  the further progress PAA Members had made in facilitating electronic cross border trade in the region. Mr. Ryu was also confident that PAA would play an increasingly greater role in international bodies, like APEC, WTO, WCO and ASEM, so as to achieve the goal of paperless trade beyond Pan-Asia.

Mr. Yang Feng Yi, Vice Director of CIECC, hosted the PAA Welcome Dinner, and said that the PAA’s achievement in secure cross-border Customs declaration, electronic Certificate of Origin (e-CO) and trade document exchanges have enhanced and promoted the objective of achieving paperless trading.  He believed that the work of the PAA would play an important role in the economic growth of the Asia-Pacific region.  Mr. Yang told the gathering that CIECC as a founding member of PAA would continue to provide electronic commerce services both in China and worldwide.  Learning from its participation in the PAA, CIECC has expanded its service coverage to finance, logistics, and insurance. It has also widened its cooperation with other Chinese government departments, such as General Administration of Quality Supervision, Inspection and Quarantine of the People's Republic of China, Customs General Administration of the Peoples’ Republic of China etc.

During the meeting, PAA Members reported progress made in cross border acceptance of e-CO and the support received from the local customs and trade authorities of the various economies.  By the end of 2005, Chinese Taipei Customs are prepared to accept e-COs from exporters in Korea, and later from other PAA economies.  KTNET and CrimsonLogic have similar arrangement for Korea and Singapore. In Singapore, CrimsonLogic has developed an e-CO solution which are widely accepted and adopted by customs worldwide.  This involves the ability to have secure digital water marks on ordinary A4 paper.

TEDMEV announced the start of its electronic Manifest (EMAN) project for Macau SAR.  Apart from the Macau local Manifest submission, the service will be further enhanced as a joint development of TEDMEV and Tradelink to link up to the electronic Manifest service already in use in Hong Kong.  The solution will provide an integrated platform for carriers to submit Manifests to both Macau and Hong Kong customs.  With the launch of the service in December 2005, carries will benefit from the closer cooperation among Macau and Hong Kong.  Other PAA Members have similar plans to expand this cross border electronic manifest service.

CIECC reported to the meeting of its assignment by APEC to assess the degree of success that APEC economies have achieved towards the objective of paperless trade.   The other PAA Members will share their experiences with CIECC in this area, which will be reported in the APEC meeting to be held in Beijing in early September this year..

The 20th PAA Steering Committee Meeting will be held in Tokyo in the week of 12th d September 2005.